Kim Broussard has been married since 2001 and is the mother to two young daughters.  She holds a Bachelor of Science degree in Elementary Education from Sam Houston State University.  Kim is a Certified FertilityCareTM Practitioner and Director of FertilityCareTM of Fort Bend, an affiliate of The FertilityCareTM Centers of America.  She is an instructor in the CREIGHTON MODEL FertilityCareTM System (CrMS), an active member of The American Academy of FertilityCareTM  Professionals (AAFCP), a former application reviewer for the Commission for Certification of Practitioners and Educators, a member of the Membership Committee for the AAFCP, and also a Marriage Preparation Facilitator and Coordinator of Natural Family Planning at St. Theresa’s Church in Sugar Land.

Kim and her husband have been users of the CrMS for 14 years.  After  eight years of secondary infertility, Kim had a successful NaProTECHNOLOGY surgery and conceived six weeks post surgery.  They welcomed their NaPro miracle in 2014!  They have since welcomed another miracle in 2019!

Kim's passion is empowering women and couples with an authentic understanding of their fertility and an ability to monitor, maintain and improve their overall reproductive health. Over the years, Kim has identified a lack of knowledge and compassion with mainstream medical practice regarding fertility and women's health.  In cooperation with medical providers trained in NaProTECHNOLOGY, Kim works to improve the lives of people of all ages through education and compassion.

St. Luke's Medical Group Caritas Women's Care in Sugar Land provides obstetrical and gynecological care that includes education and awareness of the unique functions of a woman's body at every stage of life.  Focused on delivering optimal healthcare for every woman, Caritas offers a full spectrum of healthcare services for women.

The services provided by Caritas proudly honor womanhood and the sanctity of human life by featuring both CRIEGHTON MODEL FertilityCareTM System and NaProTECHNOLOGY.

The Group consists of three Doctors: 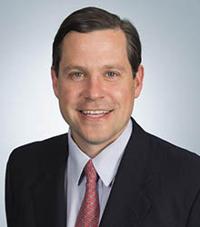 Dr. Hilgers' has been trained in medical and surgical NaProTECHNOLOGY which focuses on medical treatments that work cooperatively with a woman's menstrual cycle to treat a full range of gynecologic issues. He also received specialized training in minimally invasive restorative pelvic surgery involving the robotic da Vinci surgical system.

Dr. Hilgers is an active member of the American Academy of FertilityCareTM  Professionals, American Association of Gynecologic Laparoscopists, International Institute for Restorative Reproductive Medicine, and the Health Law Section of the State Bar of Texas.